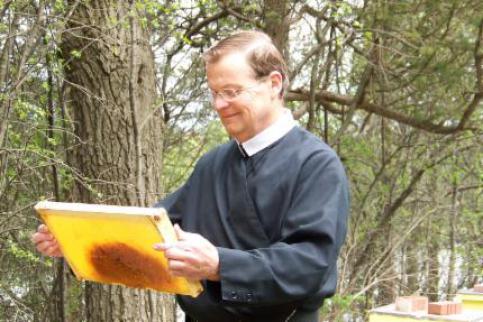 Brother Gerry inspects a frame from one of the hives.

A young worker honeybee eats lots of nectar or honey and later emits a drop of wax via one of eight glands on its underside.  The wax hardens into a flake, which the bee (or one of its neighbors) then chews, mixing it with secretions until it's workable.  Beeswax is used to build honeycomb. 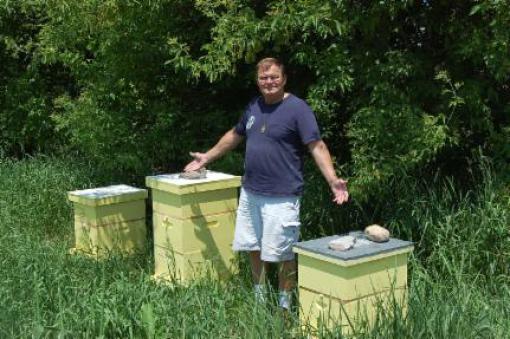 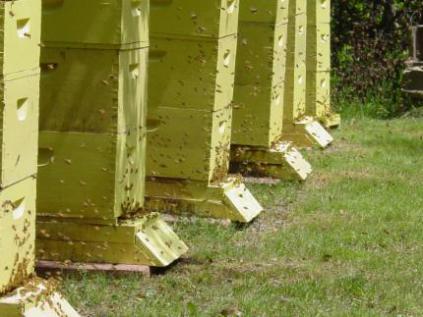 My bees at work during the honey flow.

Worker Bees collect nectar (water and complex sugars) from flowers and pass it to other workers, which convert it to digestible sugars. Bees evaporate the nectar's water by working it in their mouths and then depositing it in cells and fanning it with their wings. When the liquid is reduced to about 18 percent water, the honey is ready for them to use. 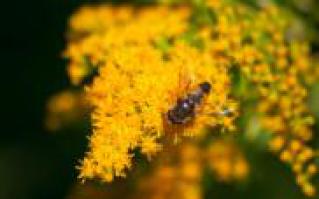 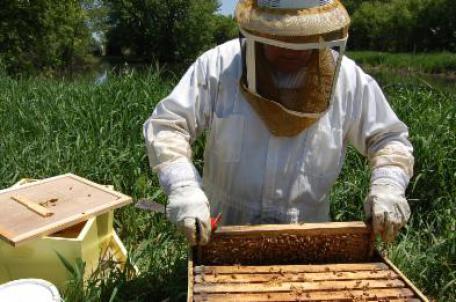 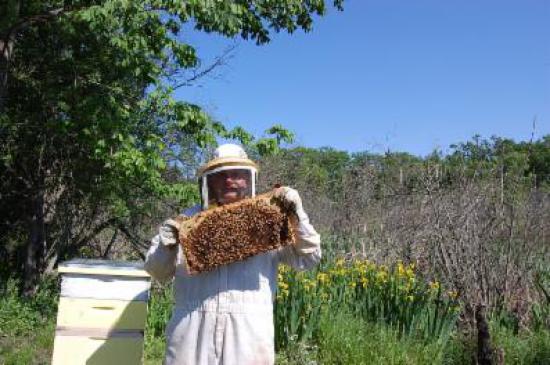 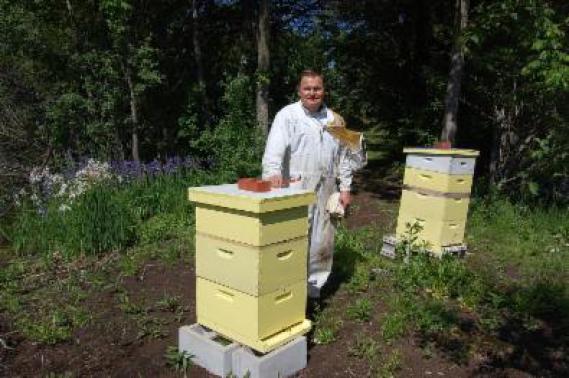